What is Web Server and Different Types of Web Servers? 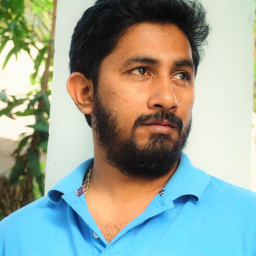 In this tutorial, you will see different types of web servers, what is a web server? How does it work? and why is it important for the web hosting servers. ​Hosting companies use different web servers considering the requirements of their clients. Is web server plays a very important role in hosting?

​Web servers are core for any web hosting. Yes, without a web server, you can’t even dream of pulling your website content online.

What is Web Server and how it works? Web server is a program that uses HTTP to serve files that create web pages to users in response to their requests, which is sent by their computers HTTP connection.

Any server that delivers an XML document to another device can be a web server. A better definition might be that a web server is an Internet server that responds to HTTP requests to deliver content and services.

Let me explain you with a simple example, I can say if you are in front of your computer, browsing your web, and you get a message from a friend saying, "I had just read a great article at the following URL http://www.fastwebhost.in/blog

So you will type that URL into your browser and press enter.

And that’s it, no matter on which web server the website is in the world, it dispalys the page on your computer screen.

Always a web server is connected to the internet. Every web server that connects to the Internet will be having an unique address which contains a series of four numbers between 0 and 255. A period (.) separates these numbers​.

A web host is a company that leases out space on a cluster of servers to empower people to serve their own content & webpages.

In open market there are different types of web servers available. Let's discuss about the most popular web servers.  Apache, IIS, Nginx and LiteSpeed are few of them.

​One of the most popular web server in the world developed by the Apache Software Foundation. Apache is an open source software which supports almost all operating systems including Linux, Unix, Windows, FreeBSD, Mac OS X and more. About 60% of machines run on Apache Web Server.

Customization of apache web server is easy as it contains a modular structure. It is also an open source which means that you can add your own modules to the server when to require and make modifications that suit your requirements.

It is more stable than any other web servers and is easier to solve administrative issues. It can be install on multiple platforms successfully.

Recent apache releases provide you the feasibility of handling more requests when you compare to its earlier versions.

IIS is a Microsoft product. This server has all the features just like apache. But it is not an open source and more over adding personal modules is not easy and modification becomes a little difficult job.

Microsoft developed this product and they maintains, thus it works with all the windows operating system platforms. Also, they provides good customer support if it had any issues. This web server doesn’t use threads to handle requests rather a much more scalable event-driven architecture which uses small and predictable amounts of memory under load. It is getting popular in the recent times and it is hosting about 7.5% of all domains worldwide. Most of the web hosting companies are using this in recent times.

LiteSpeed (LSWS) is a high-performance Apache drop-in replacement. LSWS is the 4th most popular web server on the internet and it is a commercial web server.

Upgrading your web server to LiteSpeed will improve performance and lower operating costs.

This is compatible with most common apache features, including mod_rewrite, .htaccess, and mod_security. LSWS can load apache configuration files directly and works as a drop-in replacement apache with most of the hosting control panels. It replaces apache in less than 15 minutes with zero downtime.

Unlike other front-end proxy solutions, LSWS replaces all Apache functions, simplifying use and making the transition from Apache smooth and easy. Most of the hosting companies were using LSWS in recent times.

Most of the web hosting companies select web servers based on clients requirement, the number of clients on a single server, the applications/software clients use and the amount of traffic they generate that could handle by a web server. So, choose the web server which meets your requirements.​