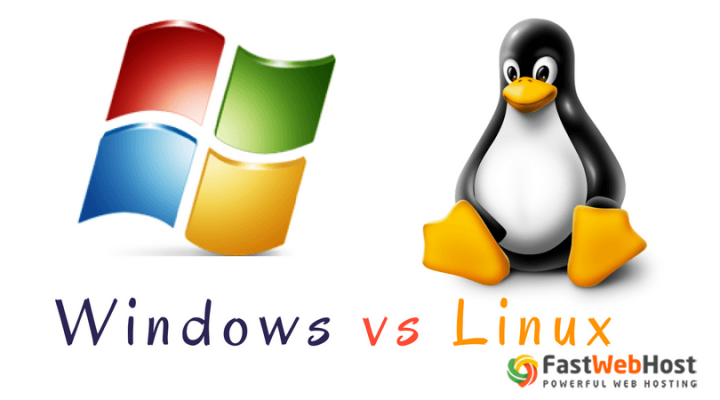 When you were looking for a web hosting provider for your website, you probably have been offered a choice of operating systems (OS) to host on Linux vs Windows web hosting servers.

​In this article will compare Linux and Windows OS to give you a better idea on how they fare against one another. So you can have a better idea on which one you should choose for your website hosting package.

​Some people naturally assume that because their PC runs Windows they need to buy a Windows hosting package. it does not matter if your computer runs on Windows, because all computers are able to communicate with Linux or Windows servers.

Access to your web account will most likely be through FTP or a control panel and both servers support these methods.

The majority of Linux variants are available for free or at a much lower price than Microsoft Windows.

​Your choice of server platforms should be dictated by the use to which you intend to put it. The majority of web features run fine on both platforms including PHP, MySQL, POP3 etc.

If you intend to create your site using ASP, FrontPage, .NET environment, Access, MSSQL, or any of the other Microsoft proprietary technologies then you probably need to use a Windows host.

Many of the Linux programs are open source and enable users to customize or modify the code however they wish to.

In terms of performance there's not a huge difference between the two servers. Linux reportedly performs faster because Windows (as usual) attempts to offer an all in one package instead of the extendable Linux implementation. You'll generally not notice a difference but if performance is of utmost importance to you then maybe this will influence your decision.

​One other difference is that Linux files are case-sensitive and Windows files are not.

​Overall, both offer advantages and disadvantages, so make sure you choose carefully. Whether you choose Linux or Windows as your web business platform, it's crucial to learn how to choose a reliable website hosting server that helps you earn the most profits

​So which hosting operating system is better?

​It is impossible to make a general recommendation because your choice depends on the requirements of your hosting or website project.

You can find the cheapest website hosting either Linux or Windows with FastWebHost. Check our Windows Hosting Plans