Advantages and Disadvantages of OpenVZ vs KVM

In this article, ​we will present a brief description of the main differences between the two technologies KVM﻿﻿﻿﻿﻿﻿ and OpenVZ﻿﻿﻿﻿﻿.

The most common question in the market is whether to choose KVM or OpenVz?  Before choosing any solution, it is important to understand and have per-informed details of both solutions.

KVM allows custom kernels, and this means that you can upgrade your operating systems without reinstalling the template. It also allows you to use software containers.

It gives you the opportunity to set limits for the resources, allowing you to manage them for the applications you need.

KVM stimulates hardware, meaning that it can be run on any kernel. Because the kernel is independent, the VPS can make its modifications to it, which gives the account owner a more isolated environment. OpenVZ, however, runs on Linux Kernel only, which limits its range of use.

KVM VPS is a more flexible technology, it can host different OS such as Linux, Windows and other.

​OpenVZ is virtualisation at OS-level, which means the node's kernel is used, to split the OS into containers. The kernel is shared between several VPS, rather than fully emulating it like KVM does.

This results in lower memory and CPU overheads on the host node. Users should see better CPU performance on OpenVZ as you get full access to the node processor.

OpenVZ uses two kinds of resources, which are dedicated and burst.

​Dedicated resources are your own resources, which means you are guaranteed to have your own VPS. Burst resources are a result of spare capacity in the system. This means that one VPS can temporarily use the resources of another when they are not being used by the latter.

However, when there are no spare resources, the server can terminate processes running on burst resources​

​The main advantage of OpenVZ is that it doesn’t need as many resources as KVM. Unlike KVM, it doesn’t do full emulation and can share a kernel between various VPS-es which results in saving memory and CPU.

OpenVZ is less complicated to maintain and set up, while KVM requires more networking skills. It is more user-friendly templates for hosting.

OpenVZ guarantees the lowest price for a VPS. It also causes lower management complexity for its users. For an entry level, OpenVZ is a good choice.

If you need a simple Linux container, then OpenVZ will do the job for you at an affordable price.

​However, when a shared kernel failure takes place, it affects all the VPS instances that run on the same server.

Another disadvantage to OpenVZ is that it only runs on Linux. it doesn't support Windows and BSD operating systems, and custom kernels cannot be used.​

Which one should you choose?

If you plan to run user space applications in Linux like LAMP stack webhosting or intend to have better performance with limited disk and memory foot print then you can choose the OpenVZ.

If you wish to run different OS apart from Linux then you can choose the KVM solution.

In short, when you want to choose a hosting solution for Linux VPS then choose the OpenVZ which comes with minimal overhead. But, if you need, similar environment like the dedicated server then you can choose the KVM solution.

When it comes to the CPU performance then OpenVZ is the winner, but if you consider overall performance, resources consumption and results then the overall winner is KVM, as KVM comes with reliability and stability.

Both of the hosting solutions, KVM and OpenVZ are mature technologies which have advantages and disadvantages.

What is a VPS? When to order a VPS? How to Manage VPS Server? 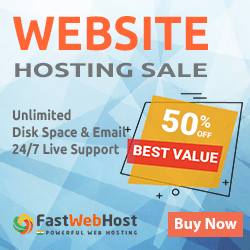 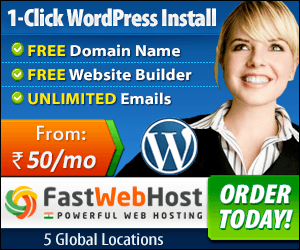